The 2018 Atlantic Challenge took place on the shores of Lough Neagh, County Antrim, in Northern Ireland. The venue was a familiar one to some of us from previous regattas held between Contest years, notably in 2009. This year the contest was won by Northern Ireland, in their gig Cwch John Kerr, after a contest in which they excelled at the inshore events and produced consistently strong performances in the offshore sailing and rowing.

The GB squad finished in second place overall, with Russia in third place. Our team, in Integrite, enjoyed some superb form in the Oars and Sails events, where they won three out of three – now six in a row stretching back to 2014. Sailing was also highly successful, where they won two out of three and finished second in the other race. But the GB highlight of the week arguably came on the last morning with victory in the 2 mile Rowing Race for the first time in our AC history. This put the icing on the cake for a really great week of rowing and sailing, as well as excellent time spent meeting the other crews when off the water. 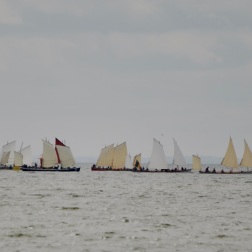 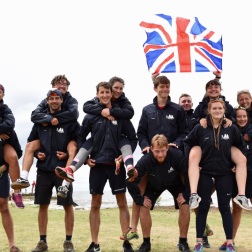 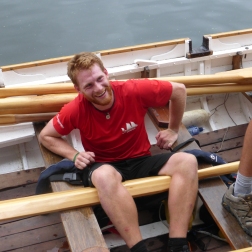 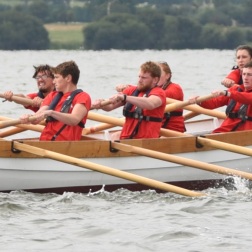 Rowing requires a lot of hard work, timing and effort 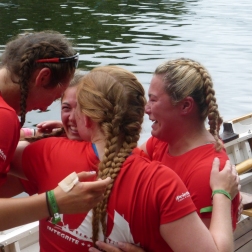 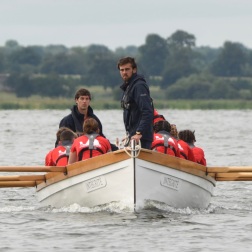 Rowing in for the start of the Jacktsay Transfer 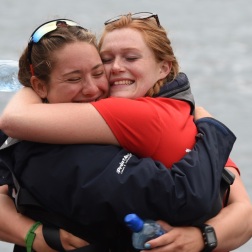 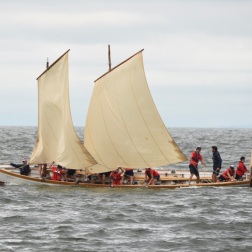 Getting ready for a tack under full sail